We, as United Methodists, believe:
God is our creator, who created all that exists and called it good.
Jesus Christ, God's son, was born into His world, came in flesh, lived, died, and was resurrected to bring us salvation and reconciliation with God.
The Holy Spirit is God, present in God's church and in our lives.
Humankind, creatures of God, are created with free will and became separated from God's will through sin and unfaithfulness.
The church is the community of Jesus Christ, committed to fulfilling Christ's mission of reaching and saving all humankind.
The church is the community where faithfulness to Christ is grown, witness to Christ proclaimed, and the love of Christ is shared. 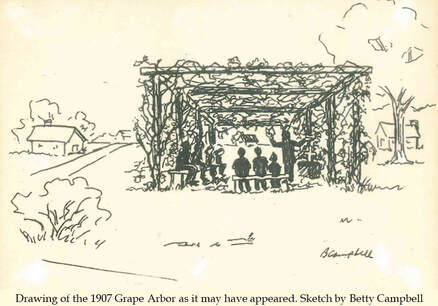 The first church services at 1922 Dodson Avenue met at the corner of the lot under an early American style grape arbor built from wood — a primitive but utilitarian structure.  To honor this history the newsletter for Goddard is named "The Grapevine."  On the 110th anniversary of the church, the congregation celebrated under a newly built grape arbor in Goddard Park. 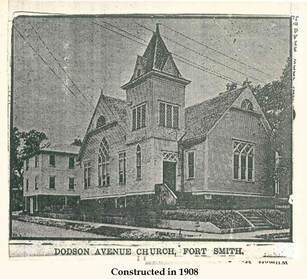 The first official church building in which the Dodson Avenue Methodist Episcopal Church South met was constructed in 1908, with education units being built in 1922 and in 1925. That structure was eventually given to Central City, AR where it stood as a church until 1995. 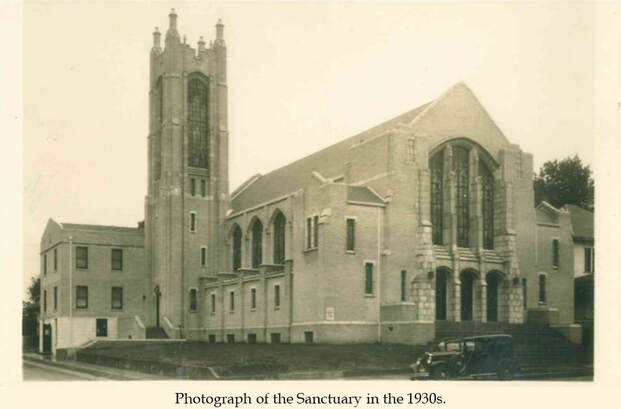 ​On April 13, 1931, the current-day sanctuary was constructed at the corner of Dodson and Jenny Lind at a cost of $75,000. The front of the structure was purposely placed facing Dodson Avenue in order to command attention and to create a powerful ecclesiastical effect. However, the joy at Goddard was short lived as the nation descended into what we now know as The Great Depression.

In November 1937, Dr. O.E. Goddard was sent to the church for the specific reason of helping it deal with the debt it had incurred as a result of the Great Depression. Due to Dr. Goddard's success, which resulted in the church remaining financially sound, the church's name was officially changed from Dodson Avenue Methodist Episcopal Church to Goddard Memorial Methodist Church on Dec. 22, 1939.

The church buildings as they now stand were finished in 1996, including a new office complex, kitchen, parlor, Sunday School rooms, and a Great Room.